Home/Heroin/Heroin: What You Need to Know about Heroin. 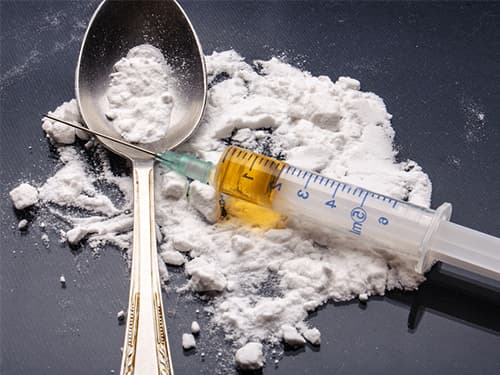 Both dangerous and deadly, heroin is becoming more and more widely used. Here’s what you need to know.

Heroin comes from a flower, the Opium poppy, which grows in Mexico, Asia, and South America. The drug is highly addictive and has been illegal in the United States since 1924. It can look like a white or brown powder, or black tar. Other names for it are horse, smack, junk, and brown sugar.

How Heroin Is Used

No matter how you get it into your system, heroin gets to the brain quickly. It’s easy to become addicted. Even after using it just one or two times, it can be hard to stop yourself from using again.

You can smoke or snort it, but most users inject it into their veins to get the quickest high. That’s the most dangerous way to take it. You can overdose more easily, and you can be infected by dirty needles.

How Does Heroin Make You Feel?

Right after taking heroin, you get a rush of good feelings and happiness. Then, for several hours, you feel as if the world has slowed down. You think slowly and may walk slowly. Some users say you feel like you’re in a dream.

In an Illinois study of suburban heroin users, some described the feeling as “covered in a warm blanket, where worries are gone.”

The drug can cause nausea and Vomiting. It also makes some people itch. It blocks you from getting pain messages and slows both your heart rate and breathing. If you overdose, you may stop breathing and die.

Many people use heroin to treat their anxiety, worries, and other stressors. This Illinois study found 75% of users had mental health issues such as depression, ADHD, or bipolar disorder.

Drug experts say this is largely linked to growing abuse of prescribed painkillers such as Oxycontin and Vicodin, which are also made from the poppy plant. People who misuse these drugs may be looking for a stronger, cheaper high. Heroin is both. But it’s more dangerous. There’s no way to know how strong what you’re taking is or what it’s mixed with.

While illegal, heroin can be easier to come by than some prescription painkillers. To meet a growing demand, drug traffickers have increased production, and have boosted the amount of the drug smuggled into the U.S.

What Are the Effects of Heroin?

If you use heroin often, your body builds a tolerance to it. That doesn’t mean it won’t harm you. It means you need to take more and more to get the same high, and your body starts depending on it. If you try to quit using, you’ll feel jittery, get chills, vomit, have bone and muscle pain, and feel other withdrawal symptoms.

Heroin use can lead to:

What to Do if You Think Someone Is Using

A person on heroin may not look like she’s “on drugs.” She may just seem sleepy. Addicts almost always deny that they are using.

If you think a friend or family member is using heroin, don’t wait and hope things will get better. Act right away. The sooner a person gets help, the better.

Heroin addiction can be treated. Contact the National Council on Alcoholism and Drug Dependence to find services near you.

If you think someone is overdosing, call 911 right away. Treatment needs to happen within minutes. The proper medication, if given quickly, can reverse heroin’s effect. In fact, the FDA has approved a prescription treatment that can be used by family members or caregivers to treat a person known or suspected to have had an opioid overdose. A heroin overdose is characterized by slowed breathing and heart rate, and a loss of consciousness. Evzio (naloxone hydrochloride injection) rapidly delivers a single dose of the drug naloxone via a hand-held auto-injector that can be carried in a pocket or stored in a medicine cabinet. Although Evzio can counter overdose effects within minutes, professional medical help is still needed.